The broader CCAP consists of five independent synods: the Livingstonia Synod in the north of Malawi, the Blantyre Synod in the south, the Nkhoma Synod in the central parts of Malawi, the CCAP Harare (Zimbabwe) Synod and the CCAP Zambia Synod. The Livingstonia and Blantyre Churches originated from Scottish missions. The Nkhoma Synod of the CCAP, in particular, was born from the endeavours of pioneer missionaries from the Dutch Reformed Church in the late nineteenth and early twentieth centuries. It is a rapidly growing church and is one of the biggest churches in the Reformed Church Family in Southern Africa. The CCAP Nkhoma Synod has always retained a distinct missional character, helping to establish and support other sister churches.

The country along Lake Malawi

Malawi, a largely agricultural country, borders Mozambique, Zambia, and Tanzania. Lake Malawi, formerly Lake Nyasa, forms most of the country’s eastern border. With more than 18 million people, Malawi is one of the most densely populated countries in Africa. English is the official language, while Chichewa is the national language.

In 1964 the former British protectorate, called Nyasaland, became the independent nation of Malawi. After three decades of one-party rule by Pres. Hastings Kamuzu Banda, the first democratic, multiparty elections were held in 1994. A newly drafted constitution came into effect in 1995.

Origins of the Malawian mission

It was thanks to the Scottish missionary Dr James Stewart from Lovedale in South Africa that Rev. Andrew Charles Murray from the Dutch Reformed Church (DRC) joined Dr Robert Laws of the Free Church of Scotland in Bandawe, Malawi in 1888. Rev. A. C. Murray was the grandson of the first Rev. Andrew Murray who came to South Africa. Rev. Andrew Murray Snr was the ancestor of many generations of Murrays who would contribute hugely to mission work in Malawi and other Southern African countries. In July 1889 Rev. T. C. B. Vlok joined the missionaries and they obtained permission from the benevolent Chief Chiwere of the Angoni people to work in Central Malawi. Hence, on 28 November 1889, they pitched a tent at the site where the Dutch Reformed Church would build its first mission station, which is now known as Mvera 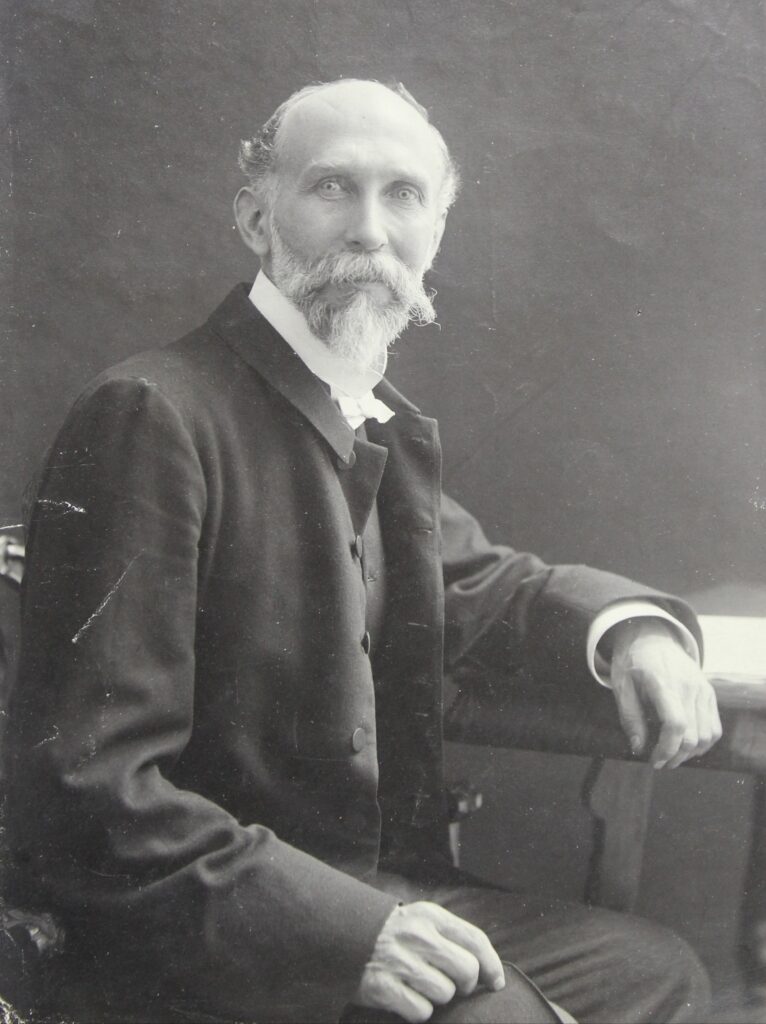 In 1892 Rev. Robert Blake joined them as a missionary and established Kongwe as the second DRC mission station. The mission action grew rapidly and in 1897 the first group of 19 believers were baptised. Among them were outstanding Christians who would serve the church eagerly, men like Simioni Gora, Dawide Tsirizani, Izake Kapologulani, and Solomon Kambere. There was also a young girl, Sara Lingodzi Nabanda, among the converts and she would act as a midwife at the mission station for many years to come.

The missionaries’ approach was holistic and included evangelism (kerygma) as well as addressing socio-economic issues such as healthcare, orphanage care, education, literature classes, and also agricultural and industrial training (diakonia). Translating the Bible into Chichewa also formed part of their approach and the key person here was Dr W. H. Murray. From the beginning of the mission, the Malawian missionaries trained catechists and evangelists who then played a major role in facilitating the growth of the church. The first two Malawian ministers were ordained in 1925 and they were Rev. Andreya Namkumba and Rev. Namon Katenza.

The DRC mission in Malawi also initiated three missions outside Malawi’s borders. In 1899 two missionaries and some evangelists were sent to Zambia, to start the mission at Magwero. The DRC of the Orange Free State took responsibility for this work and it led to the development of the Reformed Church in Zambia (RCZ). In 1905 a delegation of Malawians, who worked as migrant workers in South-Rhodesia (the Zimbabwe of today), requested a pastor for their congregation in Salisbury (present-day Harare). Thus, in 1912, Rev. Vlok was sent to serve more or less 5,000 migrant workers in Zimbabwe. This would later constitute the CCAP Harare Synod.

In 1908 Revs. A. G. Murray and W. H. Murray selected a site in Mozambique, Mphatso, to launch reformed mission work in what was then a Portuguese colony with a strong Roman Catholic influence. This mission would later grow into the Reformed Church in Mozambique or the Igreja Reformada em Moçambique (IRM).

Because of health reasons and other factors, the main DRC mission station was moved from Mvera to Nkhoma in 1915. Other mission stations were also gradually established and developed; eventually, there were 14 in total.

The majority of DRC missions in the nineteenth and early twentieth centuries aimed to establish indigenous and autonomous congregations capable of governing and supporting themselves and expanding independently. This ideal was also pursued in Malawi. In 1903, congregational council for the Nyasa Mission was established. It became a presbytery in 1926, and finally a synod in 1956 (when the presbyteries of Nkhoma, Blantyre, and Livingstonia became regional synods of the General Synod of the CCAP). By transferring control of all church work and church property to the Nkhoma Synod, the DRC further strengthened the autonomy of the church.

The CCAP today and its impact on communities

The church now consists of 27 presbyteries, 219 congregations, and 3,514 prayer houses. The church has over one million members and about 200,000 catechumens that are served by more than 200 pastors.

During the 39th Synod meeting that took place in October of 2021, a long-awaited resolution was made to allow women to participate in church leadership as deacons and elders. The Synod also resolved to start training evangelists.

The CCAP celebrated the 100th anniversary of the Chichewa Bible in 2022. 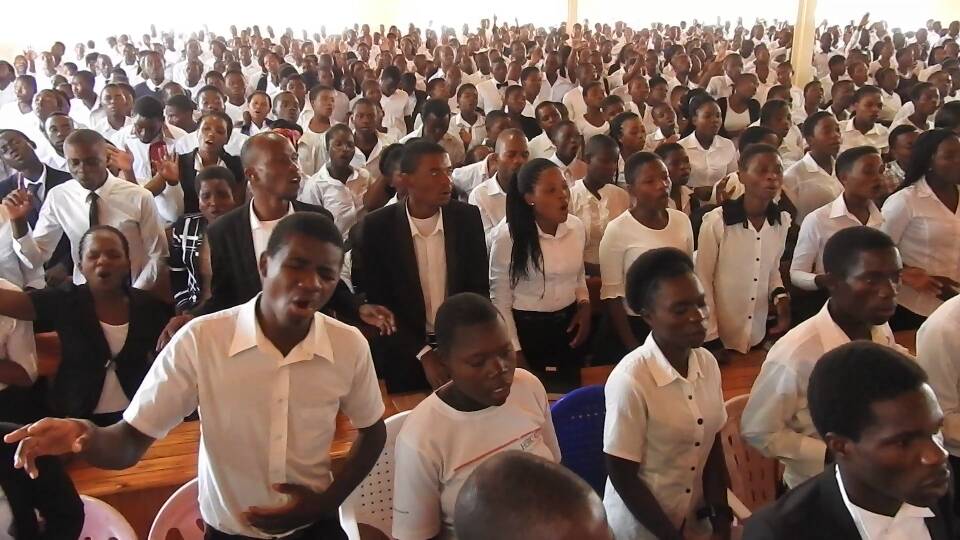 The youth launched their conference in 2020 with the theme: Guard your heart and press on.

CCAP outreaches: The CCAP congregations have a strong missional aim, both within and outside their communities. As early as 1932, the Presbytery of Nkhoma was involved in Mozambique to follow up on the DRC mission work that had to be halted because it was banned by the Portuguese authorities. As time passed, contact was maintained, and eventually the Igreja Reformada em Moçambique was established in 1973 from these and other missionary endeavours. Congregations like Kaning’a, Msonkhamanja, Lilongwe, and so on started sending evangelists to the Tête Province in the northwest of Mozambique and many small congregations were established. In this way, they helped to build the IRM Mphatso Synod.

More recently, church leaders from Malawi have begun supporting young teachers from IRM synods in Mozambique through a mentoring programme. The CCAP is also reaching out to Chichewa-speaking migrants in South Africa and several congregations have already been established. They also reach out to their Muslim neighbours through their Missions Department.

Medical Care: The health department of the CCAP Nkhoma Synod consists of the Nkhoma Hospital, ten health centres, the Nkhoma Nursing College, and several preventative healthcare community projects. Since 1915, the Nkhoma Hospital has grown from a few huts into a 220-bed general district hospital, and in October 2015, it celebrated its 100th anniversary.

Under the dedicated guidance of their previous medical director, Dr Reynier Ter Haar, significant progress has been made in terms of combatting malaria and reducing mother and child mortality.

In the Eye Department, more than 3,000 patients per year are treated for cataracts. This well-known cataract surgery was initially started by Dr Renaldo Retief and later developed by Dr Chris Blignaut.

Education: The impact of missions and the church on education in Malawi over the past one and a quarter-century can hardly be overstated. With 1,200 outposts, many primary schools, three secondary schools and the more recent inauguration of the Nkhoma University, education is a top priority. Early childhood development has also received attention recently and a partnership between KIX (Children in Christ) at Malingunde and the Nkhoma Synod has been established in 2010. 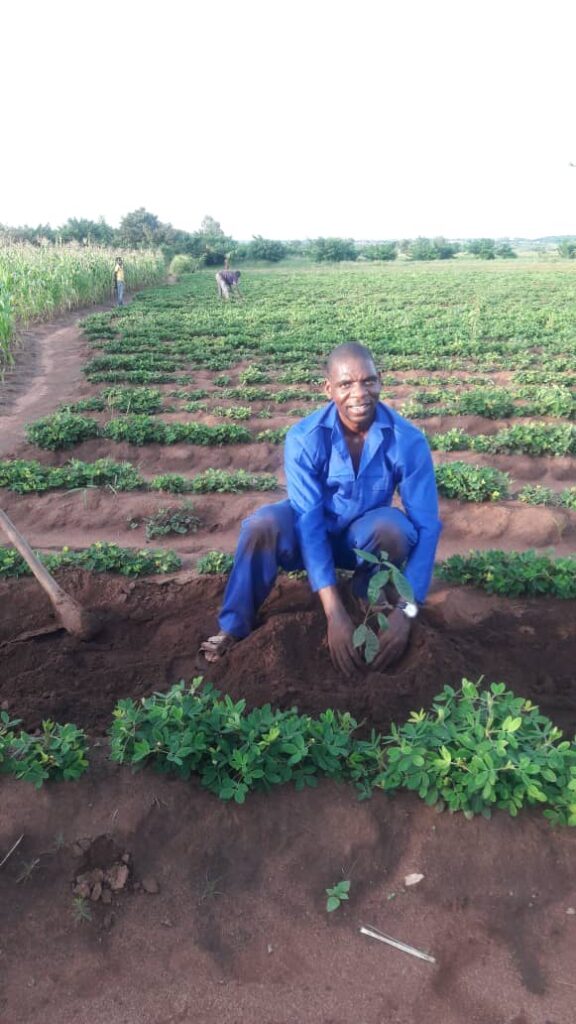 Agriculture: Mr Hennie Smit (now retired) played a significant role by introducing farmers to the Farming God’s Way project. One of the most remarkable moments was when a regional chief requested training for his entire tribe. This method is increasingly followed by farmers.

Ministers are trained at the Josophat Mwale Theological Institute – there are an average of 25 students enrolled per year. Students are required to be actively involved in local church programs or ministries. They must have a favourable recommendation from their local churches. 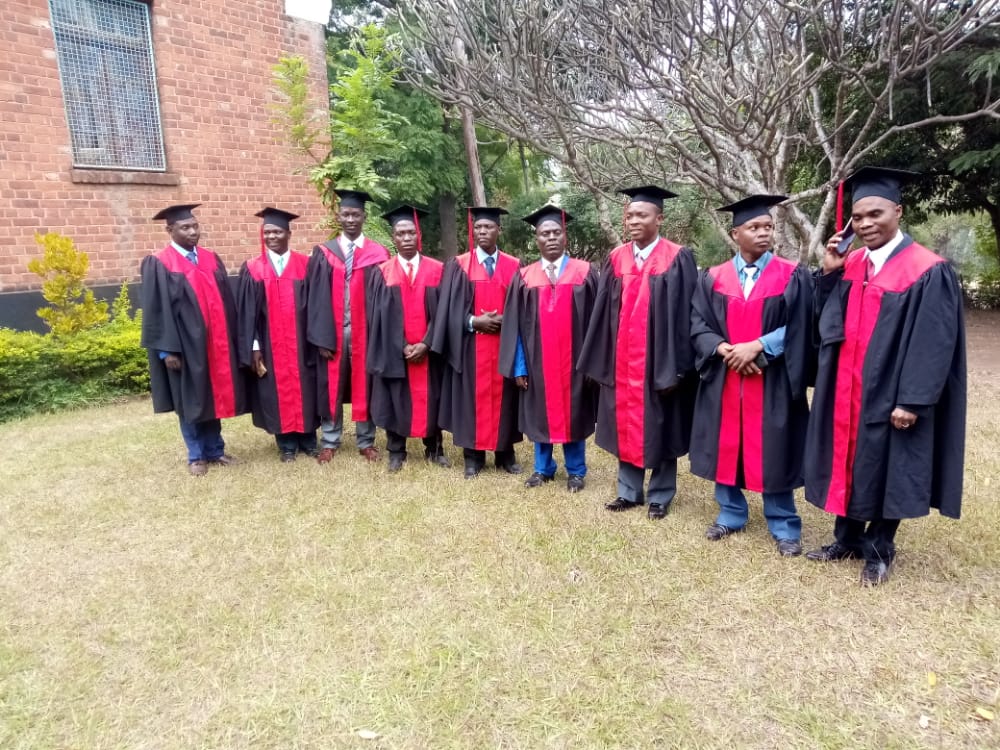 Graduation of theological students in June 2021

The CCAP Nkhoma Synod strives to be a Bible-centred church that adheres to church discipline. Local congregations own the church buildings and other properties, and the majority of church members are young people. The church prints most of its books and stationery using its own printing press.

The church needs to develop servanthood and transformational leadership. Leaders should be able to properly serve and manage the congregations and deal with internal conflicts (also among the leadership of the church). Power struggles remain as detrimental element of church live, which is hampering the growth of the church. Nominalism among members (some have dual membership) is also problematic. The church leadership pays little attention to youth and children’s ministry, and disagreements about the role of women in church leadership persist.

Like most of the other sister churches in the Reformed Church Family in the Southern African region, the CCAP Nkhoma Synod is also struggling to redefine and assert its (Dutch) Reformed heritage in the face of growing Neo-Pentecostal churches, charismatic churches, and even churches that preach a prosperity gospel. In the CCAP, much emphasis is placed on the spiritual training of laypersons and the mentoring of ministers.

Today there is a strong association between the CCAP Nkhoma Synod and the rest of the DRC family, especially the DRC Family in the Cape Region. The 1962 Memorandum of Agreement was eventually replaced by the Partnership Agreement of 2003. The Witness Ministry (DRC Family Cape Region) facilitates this partnership. Under the agreement, certain key positions are filled, and other assistance is provided as needed. 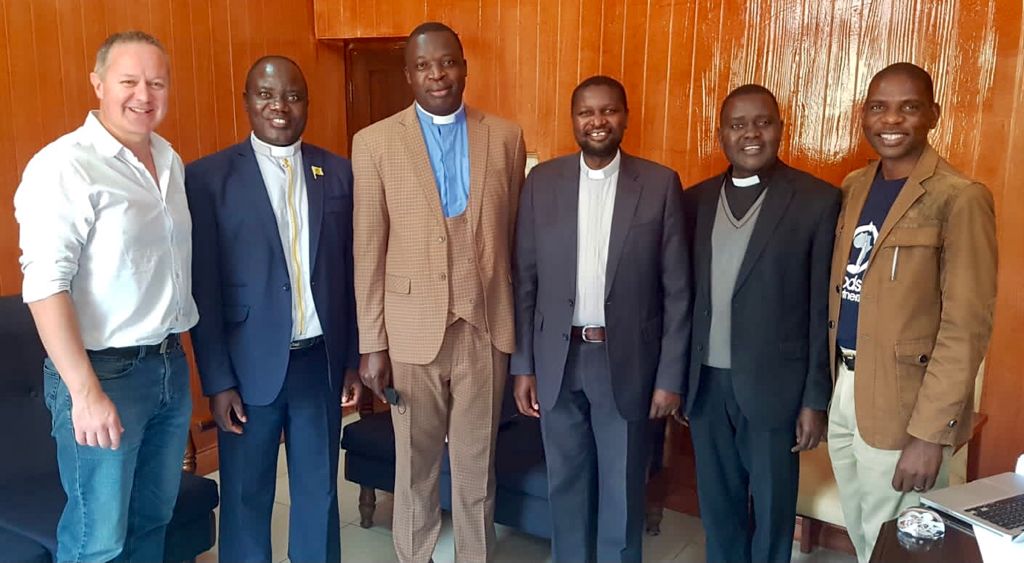 Similarly, there is a strong bond between individual URCSA and DRC Western Cape congregations and CCAP Nkhoma Synod congregations, as well as between individual church leaders. The DRC Kenridge congregation (in Bellville, Cape Town) has, for example, been working with the Josophat Mwale Theological Institute at Nkhoma for several years. They also played a supportive role when Dr Davidson Chifungo and his wife Dr Phoebe Chifungo completed their master’s and doctoral degrees at Stellenbosch University. Many ministers from Nkhoma Synod have been helped to complete postgraduate studies by means of the Witness Ministry.

The CCAP is a shining light for the gospel in the warm heart of Africa!