Botswana, the country of the Pula

Botswana is a huge country, but it is sparsely populated by just over 2 million people. Gaborone is the capital, and Setswana and English are the two most commonly spoken languages in the country. Botswana is the world’s largest producer of diamonds. This trade, among others, transformed Botswana into a middle-income nation with a strong currency, the Pula, which means rain. Some of Africa’s largest and most picturesque wilderness areas are found in Botswana and safari-based tourism is another significant source of income for the country. As Africa’s oldest multiparty democracy, Botswana has the reputation of being one of Africa’s most stable countries in terms of politics. It is relatively free of corruption and has a stellar human rights record. However, the country also faces several challenges such as severe droughts and HIV/Aids.

Botswana is generally considered a Christian country, as more than 70% of the population profess to be Christian. Groundbreaking missionary work was done by the London Missionary Society through the well-known Robert Moffat, his son, John Moffat, and his son-in-law, David Livingstone. Robert Moffat was the first to translate the Bible in Setswana. As a result of the work of the London Mission Society, the United Congregational Church of Southern Africa (UCCSA) was established and is one of the major churches in Botswana.

The DRCB and mission work in North-western South Africa

The origins of the Dutch Reformed Church’s work in Botswana can be traced to a farm called Saulspoort, near the Pilanesberg in the current Northwest Province of South Africa. The farm once belonged to Paul Kruger, former president of the Zuid-Afrikaansche Republiek (South African Republic or ZAR) which existed between 1852 and 1902. Evangelist David Mogatle Modibane and the Swiss missionary Rev. Henri Gonin from the DRC in the Cape Colony started missionary work among the Bakgatla people near Saulspoort in 1866.  However, there were clashes between Chief Kgamanyane of the Bakgatla and President Kruger over the laws imposed upon the Bakgatla (what Chief Kgamanyane saw as disrespectful treatment of himself by Kruger). Almost all the Bakgatla people, including many converts of the DRC mission endeavour, moved across the border of what was then called Bechuanaland. The Bakgatla people settled at Mochudi on the banks of the Ngotwane River. Rev. Gonin did not follow the Bakgatla people, but stayed on at Saulspoort where he continued his work.

Rev. Pieter Brink, who studied at the Missionary Institute in Wellington, worked with Rev. Gonin at Saulspoort for some years and learned to speak Setswana. In 1877 he and his wife, Anna Elizabeth, were sent to Mochudi by the DRC Cape Synod. Rev. Brink laid the foundations for the mission work but died in 1886 at the young age of 43 due to poor health. The German couple Rev. Emil Bernhard Beyer and his wife Anna (née Endemann) succeeded him. With them, Miss Mary Murray and Miss Lenie van der Merwe established solid groundwork in education, medical and social work. In 1877 Miss Debora Retief replaced Miss Van der Merwe. 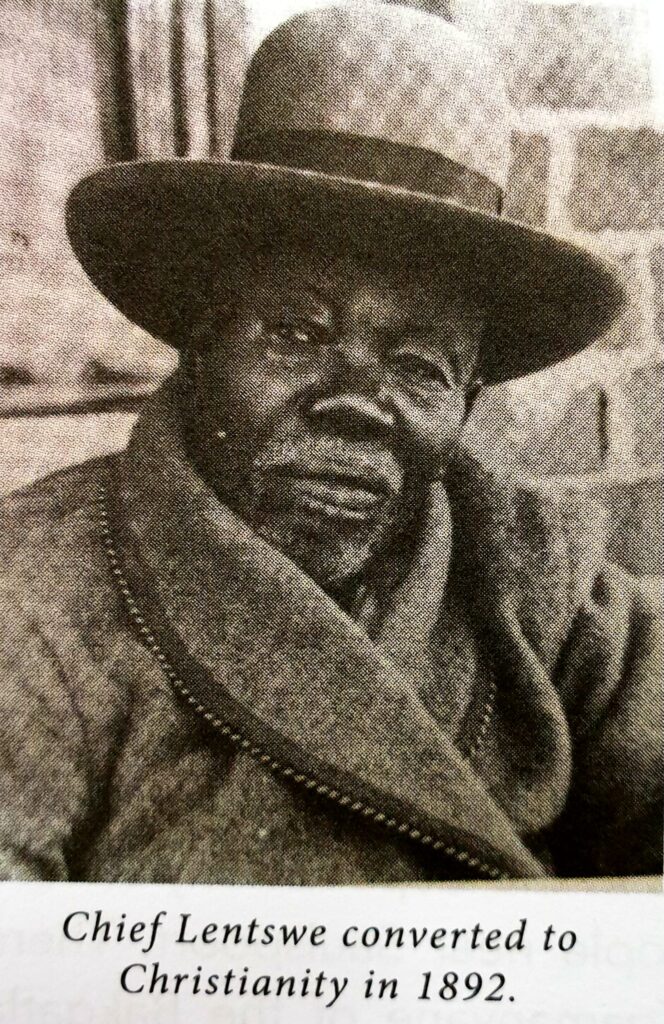 When Chief Kgamanyane died in 1874, he was succeeded by his son Lentswe. Because of animosity between the Bakgatla and the Bakwena tribes, the mission could not expand beyond the Mochudi area. But, in 1892, Chief Lentswe converted to Christianity after the chief experienced an intense internal struggle during a time of seclusion in the hills. His conversion to Christianity meant giving up traditional practices, and he sent two of his three wives and children back to their families. After the chief converted, practically the whole Bakgatla tribe accepted the Dutch Reformed Church as the ‘people’s church’.

Mochudi was the first mission station to officially form a congregation, followed by Sikwane in 1885. Several schools were established at Mochudi and the surrounding area. The large church building at Mochudi was built in 1904 and is still used today. The church slowly expanded, and several church buildings were eventually erected in various towns in Botswana. Institutions for disabled persons were also established. Several other missionaries such as Revs. Willie Neethling, Pieter Stoffberg, D. J. Joubert, J. C. Knobel, Johannes Reyneke, and Ado Krige did wonderful work in Botswana. Generations of the well-known missionary family like the Murrays also laboured in this mission field. The first black minister of Botswana was Rev. Thomas Phiri. 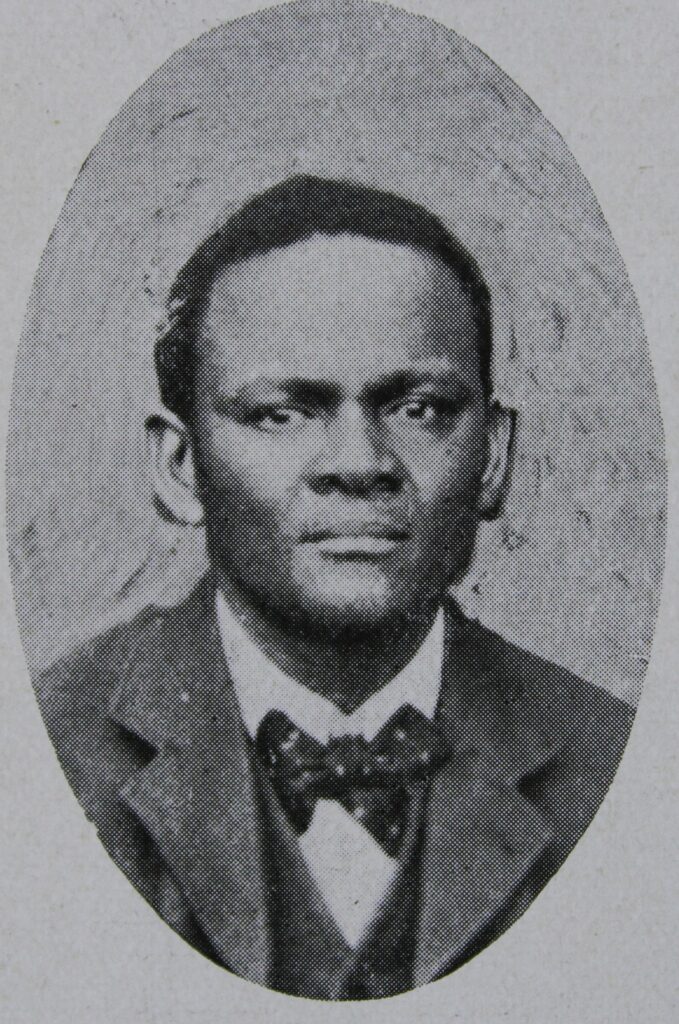 Numerous medical doctors also played a role in mission work in Botswana, among whom Dr G. H. J. Teichler, an eye specialist, will be remembered. The young Rev. Neethling also made a big impression. In 1896 the gable of the church building collapsed because of a storm, and it fell down on the young minister. He died saying: ‘God makes no mistakes,’ words that are remembered and quoted at Mochudi to this day.

Women who served in Botswana left enduring impressions. Debora Retief is one of the women who worked as a missionary in Mochudi for over 42 years. To this day, the Debora Retief Memorial Hospital is an esteemed institution where nurses also receive training. Agnes Krynauw worked at Mochudi for 22 years and the girl’s hostel of the Homecrafts Centre was named after her. Miss M. Vermeulen and Miss E. J. von Mollendorf built on these foundations. From 1975 until her retirement in 2006, Miss Elize Cronjé played a major role in the establishment of the Home Crafts Centre. Girls from across Botswana attended this centre to learn home economics and other subjects. Sadly, the Home Crafts Centre was recently destroyed in a fire, and not enough money could be raised to rebuild it.

After Botswana’s independence in 1966, the new government proclaimed a Societies Bill in 1973 with the result that only one Dutch Reformed Church was now recognised as the Dutch Reformed Church in Botswana. The question was if this church (the DRCB) would continue as a regional synod of the DRCA or formally become independent. After permission was granted from the relevant role players, the Dutch Reformed Church in Botswana officially registered as an independent church in 1979. The Afrikaans-speaking congregations of Lobatse in Gaborone also joined the DRCB. In the same year, the Northern Cape Synod seceded from the Western and Southern Cape Synod of the DRC and entered a partnership with the DRCB.

Today the DRCB consists of one synod and four presbyteries. It has approximately 10,000 members, 20 congregations, and seven branches. There are 27 preaching points that are ministered by 20 ministers.

Congregations are governed by church councils which have four statutory meetings in a year and several special meetings. The four circuits are made of about five congregations each and they hold their assemblies annually. The highest governing and policy-making body is the Synod which is led by the Moderamen. The Synod Assembly is held every two years.

The DRCB is built on the foundation of Jesus Christ as the head of the church, based upon the Bible as the holy and infallible Word of God. The Doctrine which the Church confesses, in accordance with the Word of God, is expressed on: 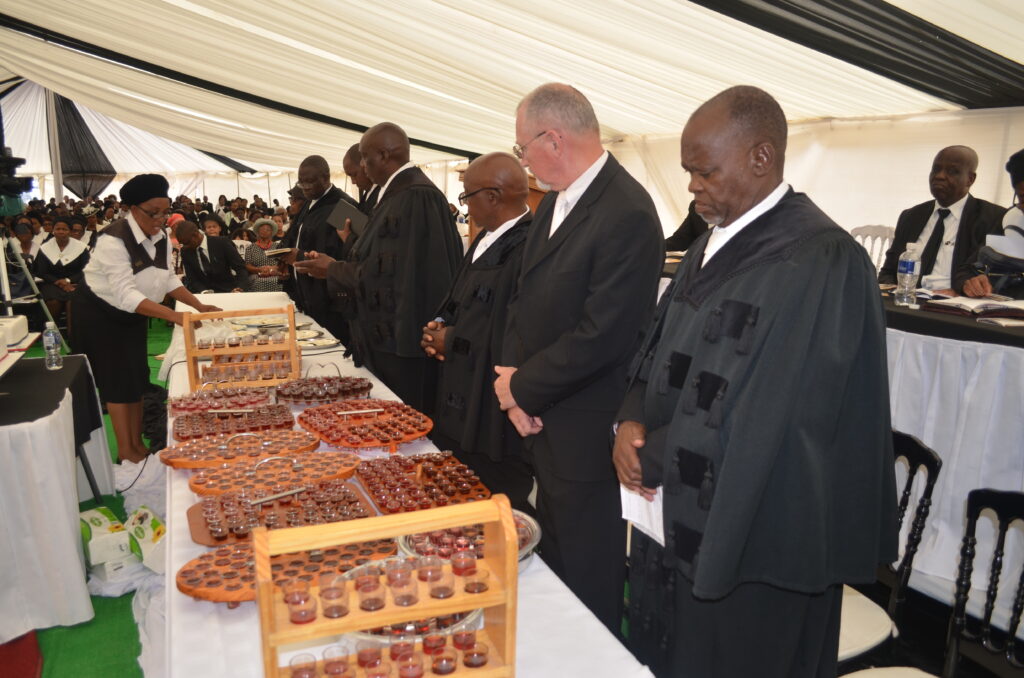 Ministries of the church

The church owns projects aimed at integrating the disadvantaged groups in the society into mainstream education:

The DRCB has a standing partnership with the Government of Botswana regarding some of their projects regulated by Memorandum of Agreement documents. The church operates from its premises and the different congregations have their own premises of operation. 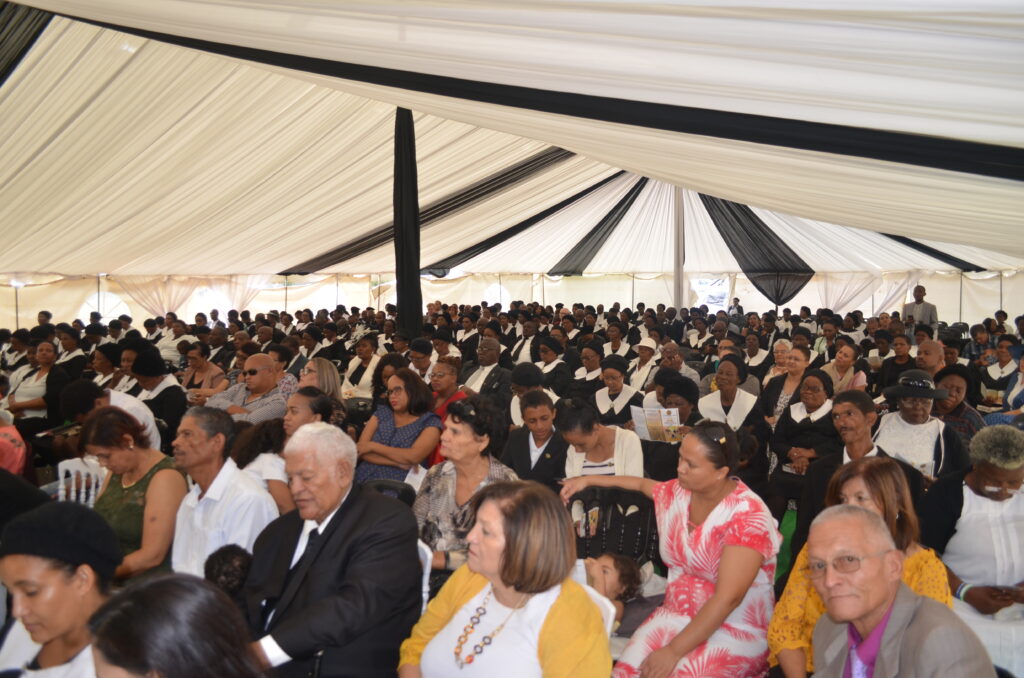 DRCB congregation members are celebrating the church’s 40 years of existence.

There are, however, also many commendable efforts and much to be thankful for. Dedicated leadership is working hard to strengthen and expand the church. Recently the Reformed Church in Zambia (RCZ) has sent a missionary pastor to assist the DRCB and there is a fruitful partnership of mutual assistance between the DRCB and the DRC Northern Cape Synod. These partnerships between congregations bring increased energy. The creation of new possibilities for the training of pastors, such as at the Northwest University, Mahikeng Campus may also boost the church. With help from the government, the DRCB runs three schools for children with disabilities, thereby contributing to society.

The DRCB has also indicated that they are very keen to participate in the reunification process of the four domestic churches of the DRC family in South Africa.