The Reformed Church in Africa (RCA) 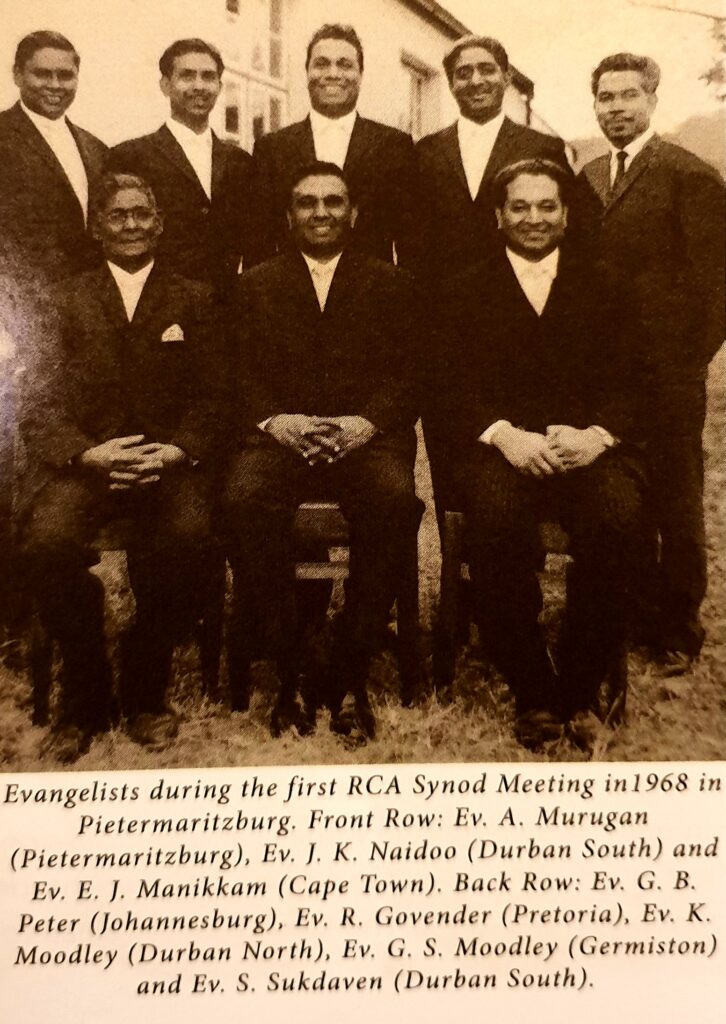 Most of the Indian South Africans are descended from migrants who came to South Africa as indentured labourers from 1860 onwards. By 1911 more than 150,000 migrants from India had settled mostly in the Natal Colony as labourers on sugar cane plantations, but later also as workers on coal mines and railways. Most of them were Hindus, but some were Muslims and Christians. Their mother tongues were mostly Hindi, Tamil and Telugu. Ill-treatment of these migrant labourers caused many of them to return to India when their contracts expired. The majority of those who remained eventually established themselves around the Durban area, making Durban – especially due to the suburbs Phoenix and Chatsworth – the largest “Indian city” outside India today. There are also growing Indian communities all over KwaZulu-Natal, Gauteng and around Cape Town, Port Elizabeth (Gqeberha) and Kimberley.

During the apartheid years, the Indian population was subject to discriminating laws. Following in the footsteps of the well-known statesman and philosopher Mahatma Gandhi (who was one of the migrant workers in South Africa during colonial times), some of the most distinguished activists against the apartheid regime were Indian.

South African Indian leaders continue to make a significant contribution to the nation. There are approximately 1,3 million Indian South Africans today, which is about 2.7% of the population. Of the Indian population 47% are Hindu, 24% Muslim and 24% Christian. Most of the Christians belong to either the Roman Catholic Church or to Pentecostal and charismatic churches.

The first official attempts of Dutch Reformed missionaries to reach out to the Indian communities were made in 1946, with Rev. M. W. Theunissen and later Rev. C. W. J. Pistorius working among Indians in the Pietermaritzburg area. This was, however, done only on a part-time basis at first. A small church was erected in 1949, but the spiritual ministry only really started to make a difference when the first Indian evangelist, Mr Albert Murugan, was ordained and inducted as a full-time appointee. By 1955 there were already 30 new converts baptised. In 1957 Rev. J. Pretorius became the first full-time minister of this congregation with an outpost ministry also in Durban. In 1959 the first church building in Durban was built. The work expanded and more evangelists were trained and ordained: Evangelists J. K. Naidoo, Kisten Moodley and S. Sukdaven. The methods of evangelism were prayer meetings at the homes of believers, evangelism crusades, literature distribution, Sunday schools, and one-on-one discussions.

The academic, financial, and administrative support from the DRC contributed greatly to the missionary efforts and the birth of this church. However, the apartheid system of the old South Africa was a hindrance to this missionary activity as the outreach workers were perceived to be part of the political system. The introduction and training of evangelists from the Indian communities themselves had a more significant impact because they knew the culture, the language, and specific needs of the people among whom they worked and with whom they could identify themselves.

Autonomy and identity of the church

Ministers and delegates from four Indian congregations in Pietermaritzburg, Durban South, Transvaal, and the Cape Province established between 1957 and 1966 met with representatives of the Dutch Reformed Church in Raisethorpe, Pietermaritzburg for the convention of the first Synod in 1968.

At first, all the ministers and evangelists of the RCA were financially dependent on the DRC, but this financial dependence has diminished significantly. Although most congregations struggle to pay their ministers’ salaries, they strive to be autonomous. Today, quite a number of young ministers are available, but congregations cannot afford them.

Since its founding, the RCA has developed a strong evangelical identity. Many members are first-generation converts who enthusiastically participate in outreach activities. This remains the hallmark of the church, as this evangelical identity is inculcated in converts. The vast majority of RCA congregation members are involved in mission and evangelism under the leadership of the evangelists. Even when political tensions were at their highest in South Africa and calls were made for the RCA to break away from the DRC because of apartheid, the RCA maintained that the church had an evangelical rather than political calling. This is the reason for the adoption of the Laudium Declaration in 1986. This declaration describes the evangelical and Reformed stance of the RCA and it reflects a strong sense of the duty of being sent out in this world. 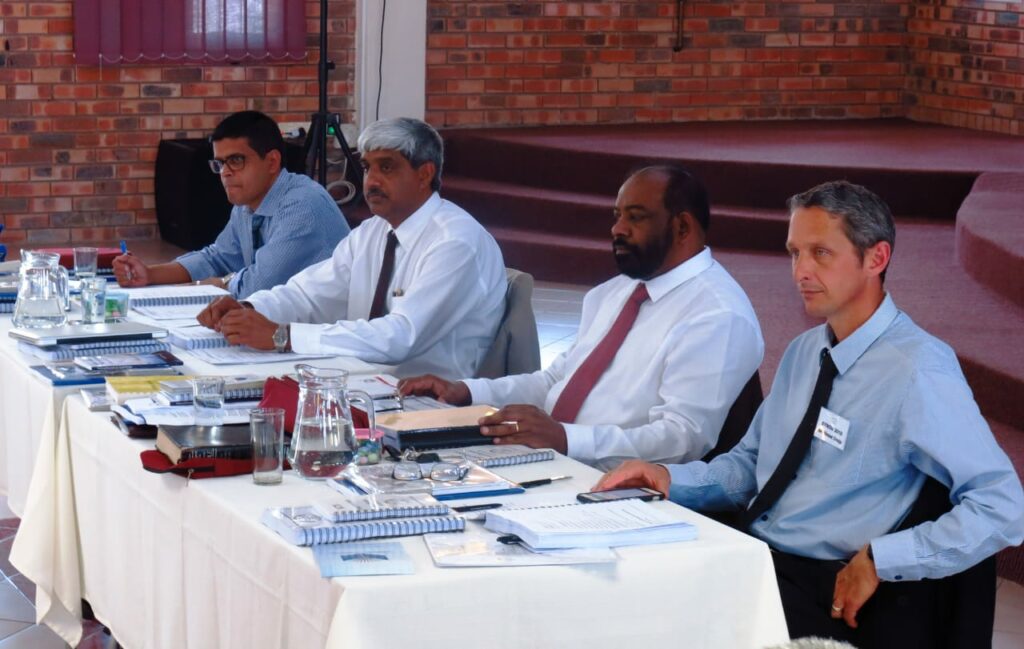 Five elements of the declaration

The RCA congregations are located primarily in Indian communities. However, the demographics of these communities have changed, and the church is no longer only serving people of Indian descent. In fact, many congregations have a wonderful mix of congregants, many of whom serve as elders and deacons. Some congregations, like the one in Laudium, host migrant families from sister churches in Malawi and Zimbabwe.

The RCA strives to have an impact on communities in the context in which they live. There are several outreach programmes from different congregations, one type of programme being food schemes in informal settlements with its many desperately poor people. The RCA also reaches out to children through various programmes, and they support different missionaries and ministries. But the most significant contribution is its strong emphasis on evangelism through inviting people to church services and Bible classes, welcoming people into the fellowship of Christ, and taking up its role in spiritual healing through its ministry of deliverance from bondage. 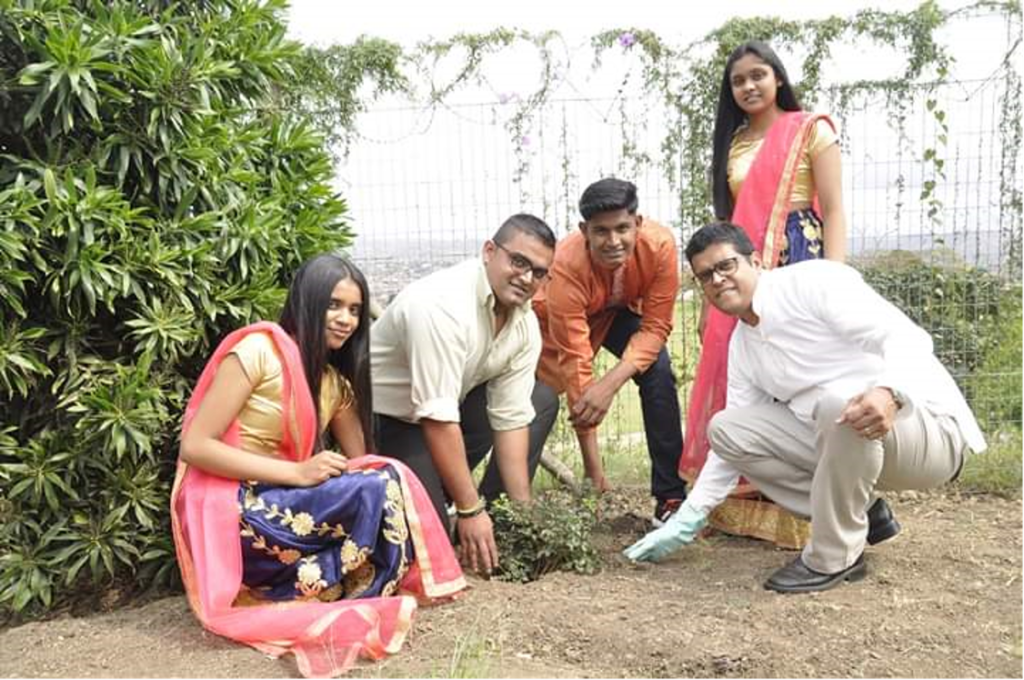 The RCA’s most important challenges 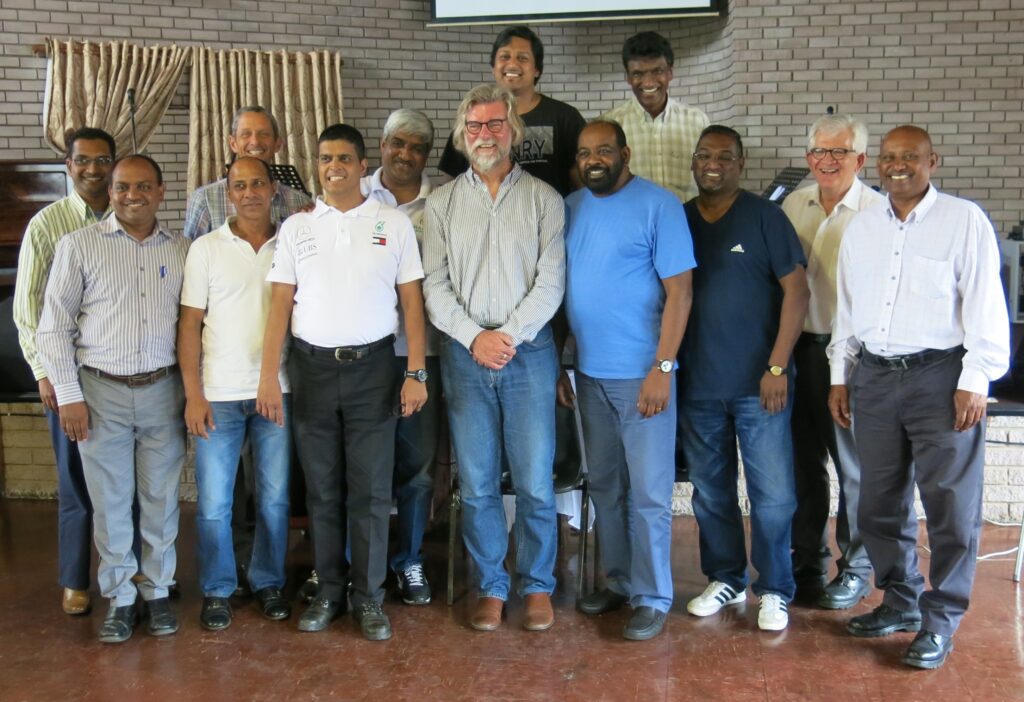 Ministers and spiritual workers retreat at Camperdown KZN in 2019

The church prayerfully embarked on a comprehensive strategic plan on how to effectively face these challenges, make use of the existing opportunities and be obedient to their identity and calling as an evangelical, and thus also missional church.

The RCA consists of a synod, three presbyteries and 12 congregations – six in KwaZulu-Natal, three in the Cape Region and three in Gauteng. It has about 2,000 members.