The Reformed Church in Zambia (RCZ)

The RCZ’s origin and growth

The Reformed Church in Zambia (RCZ) is one of the larger sister churches in the DRC Family. Despite being founded among Chichewa-speaking people in the Eastern Province, the church has spread right across Zambia, and today many of the 70 different languages and dialects of the country are spoken in the church services. The RCZ has become one of the prominent churches in Zambia.

Zambia, the land of copper

Zambia is in the central part of Southern Africa. It shares borders with the Democratic Republic of the Congo on the north, Tanzania to the northeast, Malawi to the east, Mozambique, Zimbabwe, Botswana, and Namibia to the south, and Angola to the west. Lusaka is the capital and largest city of the country, while cities such as Kitwe, Ndola, Livingstone, Kabwe, and Chipata are also rapidly expanding. English is the only official language spoken and a medium of instruction in the education system. Among the multitude of local languages and dialects, Bemba is spoken by about 33%, Nyanja (Chichewa) by 15%, Tonga by 11%, and Lozi by 5.5% of the population.

From 1891 until its takeover by the United Kingdom in 1923, the territory of Northern Rhodesia, now called Zambia, was administered by the imperialist British South Africa Company (BSAC). During the 1920s and 1930s, advances in mining spurred development and immigration. Upon independence in 1964, the name of the country was changed to Zambia. Prominent industries include copper mining and processing, emerald mining, food and beverages, textiles, the manufacture of chemicals and fertilisers, agriculture, and tourism. The Victoria Falls near Livingstone and the South Luangwa Game Park are well-known tourist destinations. The Zambian Kwacha is a relatively strong currency. Growing trade relations with China have increased the Chinese population in the country. Economically and politically, Zambia is a stable and peaceful country.

History of the mission work

Paramount Chief Mpezeni was the eldest son of the Ngoni leader, Zwangendaba, who led his people out of the Zulu Kingdom in today’s Kwazulu-Natal province to escape the warring Zulu King Chaka in 1835. This migrating Ngoni tribe settled in the northeast of Zambia, where they came into conflict with the Chewa tribe of the region. The Chewa chiefs saw Cecil John Rhodes and the British South Africa Company’s arrival as a way to protect themselves against Chief Mpezeni.

Early in 1898, a revolt by the Ngoni tribe against the BSAC was suppressed, and Chief Mpezeni was imprisoned for one year in Fort Manning (now Mchinji), just across the border with Malawi. He realised the benefits missionaries could bring to his community. Thus, while being imprisoned, Chief Mpezeni sent a message to the DRC mission at Mvera in Malawi, requesting missionaries to be sent to the eastern parts of Zambia. The first envoy of Malawian missionaries to Chief Mpezeni’s people included the well-known evangelist Lukasi Chingondo of Mvera.

The DRC Cape Synod was unable to support this new mission field and Chief Mpezeni’s request was forwarded to the Orange Free State Synod in 1898. They immediately accepted the proposal to start missionary work in Zambia. The proposal was made by the young Rev. Johannes du Plessis of Zastron, who in later years became the well-known missionary traveller and professor of missiology at Stellenbosch University. 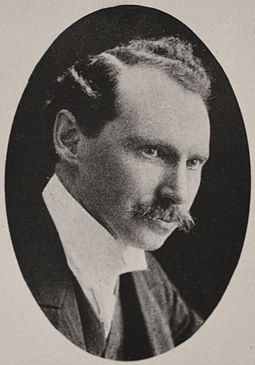 In 1899 the first two DRC missionaries were sent to Zambia. What is quite remarkable is that the Free State missionary work in Zambia started when the second Anglo-Boer War was about to break out – a dark and gloomy time for the Free State church itself. Despite the devastation of the war, the church’s mission work continued and even grew because it believed it was “a light in the darkness” – as symbolised in its logo depicting a torch.  One outcome of the war was that it stimulated missionary involvement beyond South Africa. Many young soldiers returning from the war zone received a calling to mission work after experiencing the trauma of war and being prisoners of war in exile.

On 5 July 1899, Revs. P. J. Smit and J. M. Hofmeyr, the first two missionaries sent by the DRC Free State, conducted the first church service in Zambia under a tree just outside the village of Magwero. From then on, the mission work grew. Mission stations were established at Magwero, Madzimoyo, Chipata, Nyanje, Nsadzu, Hofmeyr, Merwe, Tamanda, Kamoto, Katete, in Lusaka, and eventually to the south, in the Copper Belt and the Northern Province. Churches, schools, hospitals, and clinics were built, and agricultural projects commenced. The scope of the mission work was ambitious, the approach was comprehensive, and included spiritual work, education, medical care, and agricultural development. At the mission station in Madzimoyo, a monument was erected to commemorate this fourfold approach.

With time, more missionaries were sent to Zambia, and at its peak, the Free State had 69 workers in the country. They were supported by congregations and branches of the Women’s Missionary Association. There are remarkable stories about the dedication and sacrifices of the missionaries from the DRC Free State. The names on tombstones all across Zambia bear witness to this.

There is, for example, the inspiring story of ‘Botie of Magwero’, Miss Ella Botes, who came to Zambia as a young girl. She covered hundreds of miles on foot and was responsible for establishing a children’s home, a school for the deaf, and a school for the blind. She subsequently received the Order of the British Empire as well as an honorary doctorate from the University of the Free State for 53 years of service to the Zambian people. There is also the story of the Pauw family who worked in Zambia for three generations – the last to have worked in Zambia is the well-known Prof. Martin Pauw. Not to forget is the account of the brave Donna Stoffie, Miss J. M. Stofberg, who was instrumental in establishing a community for lepers at Nsadzu mission station in the Katete district.

The account of Dr J. M. Cronjé is equally remarkable. He started theological training in Zambia and later became the chairperson of the Mission Board. Dr Cronjé served for 30 years in Zambia, and when he passed on while retired in South Africa, his remains were brought to Zambia and buried at his beloved mission station, Madzimoyo. His funeral turned into the equivalent of a state funeral as the then Vice-President of the Republic of Zambia, and later on President Mr Rupiah Bwezani Banda, attended the funeral as a former student of Katete Boarding Secondary School. He delivered an emotional word of thanks for the work of the DRC Free State over many years in Zambia. These are only some of the many missionaries who worked with outstanding commitment in Zambia to bring about development in the country.

Today, some rural places still bear witness to the labours of these great men and women, such as Hofmeyr in Nyimba district and the Merwe village. The J. M. Cronjé Primary School at Madzimoyo still carries the name of the dedicated missionary.

Local ministers and evangelists played just as important a role in building the church. In 1916 Josefe Banda and Paulo Banda were inducted as the first two evangelists. Rev. Justo Mwale was the first ordained local minister. The name of Rev. Petro Phiri is also worth mentioning as someone who faithfully served the church for 66 years as teacher, evangelist and later as minister.

In 1916 a Council of the Congregations was established by the DRC. This young church in Zambia originally desired to form the Church of Central Africa Presbyterian (CCAP) with churches in Malawi and Mozambique, but the Orange Free State Synod rejected this idea in 1931. And so, in 1943, the DRC Mission Church of the Orange Free State in Northern Rhodesia came into existence. In 1957 the name changed to the African Reformed Church (ARC).

Finally, when the church received ownership and autonomy (umwini) in 1966, it took the new name of the Reformed Church in Zambia. The church has grown from strength to strength. In April 2016, the church celebrated its 50 years of independence in a spectacular fashion at Heroes Stadium in Lusaka. Edgar C. Lungu, then State President, addressed a large crowd of mostly young but certainly enthusiastic members.  The Reformed Church in Zambia has much hope for the future thanks to the youth and their involvement.

The RCZ today and its impact

Fifty years since the church received Umwini, it has grown from 20,000 members to more than 1,000 000. It has 17 presbyteries and 200 congregations that take the responsibility of ministering the Word at about 2,000 preaching points or prayer houses. The congregations, each with several outposts, are bursting at the seams. There are 190 theologically trained ministers serving the congregations and about 42 evangelists involved in evangelism, while elders are helpful in congregations and outposts as they assist with the ministry.

he church still manages and maintains two hospitals, at Nyanje and Kamoto, and several schools. The Katete Girls Secondary School is the most renowned among RCZ mission schools because it produces superior results in examination classes. Justo Mwale Theological College, named after the first local minister in the church, has become the Justo Mwale University where, ministers receive training for different churches in Africa. The church also manages a radio station as well as several community projects across the country. 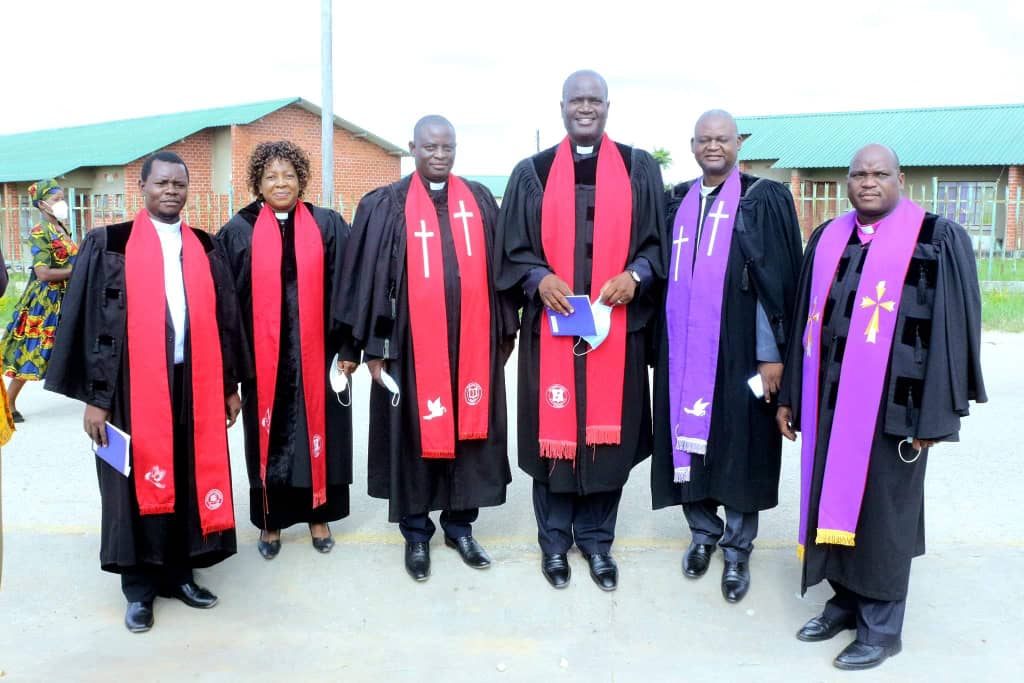 Zambians respect and value church leaders, and RCZ clergy especially play a pivotal role in Zambian society.  One prominent leader was the late Rev. Foston Dziko Sakala, who headed both the RCZ and the Council of Churches in Zambia (CCZ) for many years.  Rev. Sakala also played a critical role in the establishment of the Zambian democracy under President Kenneth Kaunda. He was also instrumental in launching discussions between the African National Congress, South African church leaders, and the South African government in Lusaka in the 1980s, helping to open the way for democracy in South Africa. Rev. F. D. Sakala, as he was commonly known, acted as the moderator of the Federal Council of the Dutch Reformed Churches, a body that served as an expression of the unity between the broader DRC Family in the 1970s and 1980s.  Prof. Edwin Zulu, once moderator and current rector of the Justo Mwale University, is also a prominent and well-respected leader in Zambia.

Apart from enjoying numerical growth in the congregations and membership, the Reformed Church in Zambia has also formed 14 specialized ministries, which include the following: 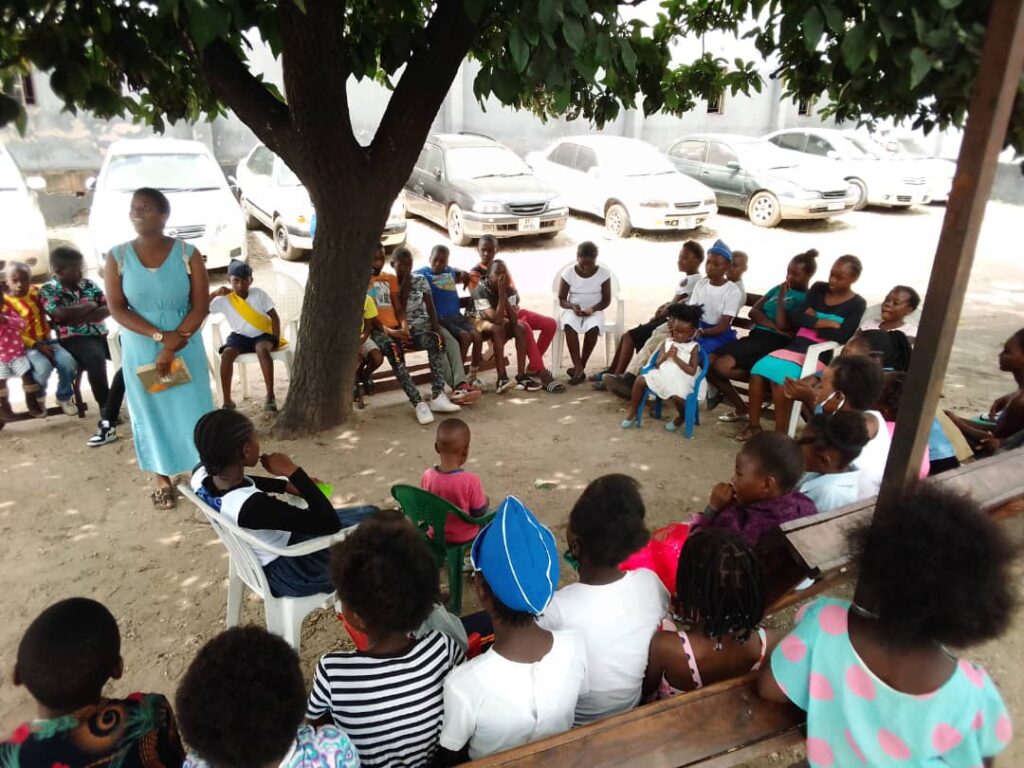 Sunday school at the RCZ Mtendere congregation in Lusaka

As with many churches in the world, the Reformed Church in Zambia faces challenges of financial independence, contextual relevancy, and maintaining a credible and relevant Reformed identity while competing with growing independent and neo-Pentecostal and charismatic churches. The COVID-19 pandemic has worsened the economic condition of the church. Due to serious financial challenges, many programmes and vital activities have stalled. The RCZ solely receives income from tithes and offerings, which are not forthcoming due to the economic hardships faced by members in this COVID era, so it is unable to fulfil all its statutory obligations. The church also faces the challenge of forming its members as disciples grounded in biblical teaching. The church needs a profound discipleship programme to enhance spirituality amongst its 1,000 000 members.

Currently, the RCZ enjoys a deep and heartfelt partnership with the DRC Free State, which has kept on growing from strength to strength. The RCZ logo is that of a burning torch, which resembles the logo of the DRC Free State and the Dutch Reformed Church in Africa (DRCA). 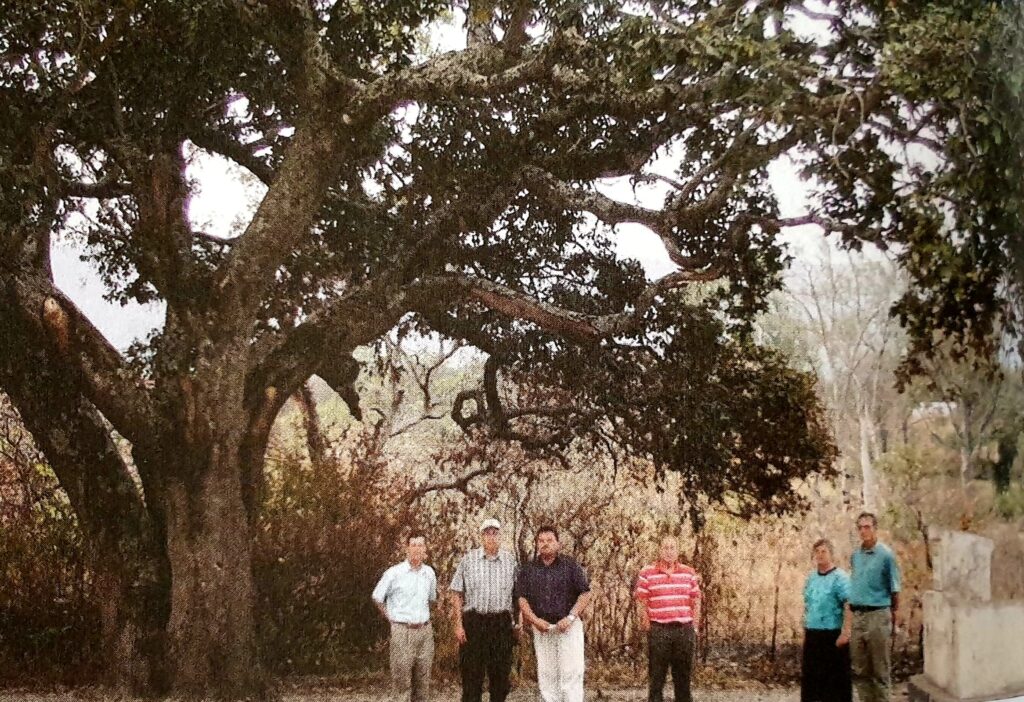 Delegates and missionaries from the DRC Free State under the tree just outside the town of Magwero where Rev. P.J. Smit and Rev. J.M. Hofmeyr conducted the first church service in Zambia on 5 July 1899.

It is truly astonishing that the tree at Magwero, where the first missionaries conducted the first service, is still standing today – with deep roots and huge branches casting their shade widely overhead. The RCZ has an excellent history that should be celebrated and be proud of, and never forgotten, not even in the future generations: 1 Samuel 7:12 Ebenezer – “Thus far, the Lord has brought us”