The Reformed Church in Zimbabwe (RCZ)

In the middle of Mashonaland, now called Masvingo, one will find the church centre of the Reformed Church in Zimbabwe (RCZ). Approximately 35 kilometres east of here, you will find a historic mission station called Morgenster. Morgenster is a Dutch word referring to the morning star, a symbol of the church’s witness to Jesus Christ and the coming of his kingdom (see Revelations 22:16). The uniqueness of this church’s history is portrayed through the prominent role that black missionaries, alongside white missionaries, played in church planting.

The Shona and Ndebele people of Zimbabwe

Zimbabwe has a population of about 14 million people. The two main population groups are the Shona (71%) and the Ndebele (14%). Shona is the largest language group in Zimbabwe and can be subdivided into five major clans, with close relatives in Botswana, Mozambique, and South Africa. They originated from the ancient kingdoms associated with the Monomotapa Empire.

The Ndebele are descendants of the Nguni or Zulu people of South Africa. Amid the difaqane, a period of widespread chaos and warfare among indigenous ethnic communities in Southern Africa during the early nineteenth century (between 1815 to about 1840), a group of people under King Mzilikazi broke away from King Chaka’s reign and eventually settled in Matabeleland. The two large groups merged and, together with other minority groups, formed one Zimbabwean nation.

In 1862 Rev. Stephanus Hofmeyr began as a missionary in the area of the Soutpansberg mountains in the northern parts of what is now South Africa. His approach was to focus on the training of laypersons and equipping them to carry the gospel further. From pioneer hunters, Rev. Hofmeyr learned of the Banyai or Vakaranga people, a Shona tribe hiding in the mountains of the Gutu area out of fear for the Ndebele people. Stephanus Hofmeyr and Francois Coillard of the Paris Evangelical Mission Society, together with three of Hofmeyr’s assistants who were members of the Buys clan, visited these people in 1877. Consequently, a missionary expedition headed by four members of the Kranspoort congregation was sent to the Soutpansberg area to work among the Banyai. They were Gabriël Buys, Petrus Buys, Micha Makgato and Jocob Moemi. Several other missionary expeditions followed, led by Kranspoort congregants and Hofmeyr’s successor, Rev. S. P. Helm. Chief Mugabe of the Banyai was anxious to allow missionaries to settle permanently in his area close to the ancient Zimbabwean ruins. However, Chief Lobengula of the Ndebele did not want to give his permission. The missionaries and congregants of the Soutpansberg mission thus had to find alternative and more permanent ways of continuing with this work. 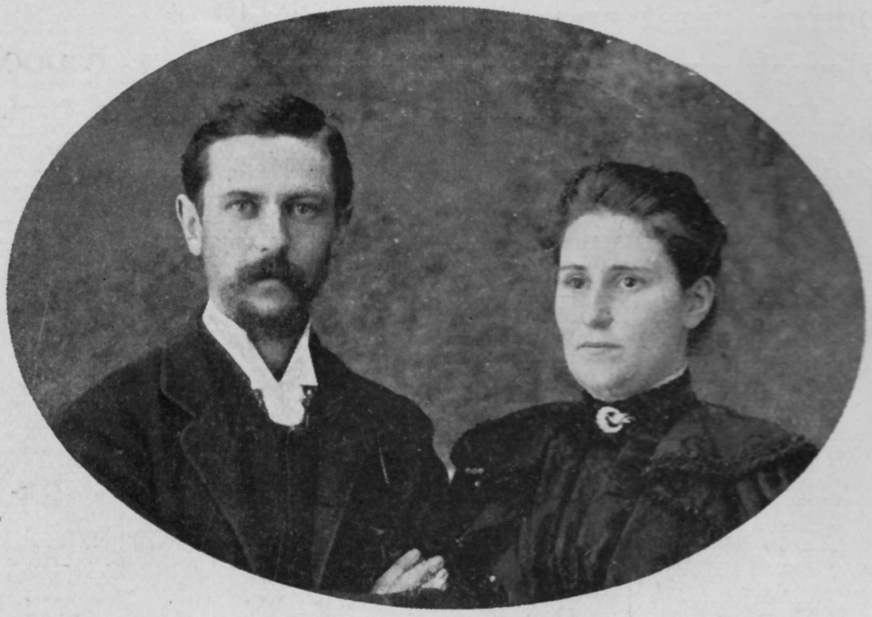 In 1890 the young Andrew Louw, who had to quit his theological studies due to ill health, was recruited as a permanent missionary to the Shona people. Cecil John Rhodes, by virtue of his colonial powers, gave permission for a missionary to settle in the Mashonaland area. Andrew Louw left for Zimbabwe on 18 June 1891. He was accompanied by several missionaries of the Soutpansberg mission, including Micha Makgato, Jozua Mashoha, Lukas Mokoele, Jeremia and Petrus Morudu (two brothers), David Molea and Izak Kumalo. These faithful people settled in different villages where they started communities of faith.

Shortly after their arrival, Louw fell seriously ill with malaria and dysentery. Chief Mugabe wanted to know why Louw’s God would make him fall ill. He compassionately suggested that some of his diviners be involved and make sacrifices to the ancestors in order to cure Louw. The young Andrew Louw realised how much was at stake and earnestly prayed: “Lord, I cannot die; I must live for the sake of your Name and your Kingdom.” He recovered without the intervention of diviners or the required sacrifices to the ancestors. This was a powerful testimony to God, and Louw could process with establishing the first permanent mission station about seven kilometres southeast of the world-famous Zimbabwe ruins.

Mr Louw called the mission station Morgenster and after five years the first two converts were baptised. Mutizigwa and Muzeza received their Christian names Joseph and Matthew on 16 September 1896. As Louw learned the local language, he and his wife Cinie (née Malan), who joined him later, did ground-breaking work in recording the vocabulary and grammar of the Chikalange language. Louw was later ordained as a minister.

The work grew rapidly, and in 1901 the first outstation or prayer house, Pamushana, was founded. In 1907 three mission stations of the Berlin Mission Society, viz., Gutu, Zimuto and Chibi were transferred to the DRC mission. The Jichidza mission station was established in 1908, Alheit (Chingombe) in 1909, Makumbe in 1915 and Nyashanu in 1954.

The missionary work in the DRC took on a multifaceted or comprehensive approach, including evangelism, education, medical work, industrial work, and literature ministry. Mrs Cinie Louw started a needlework class for women after arriving in 1894. By 1909, the first girls’ houses were built where girls learned domestic science, literacy, biblical values, etc. 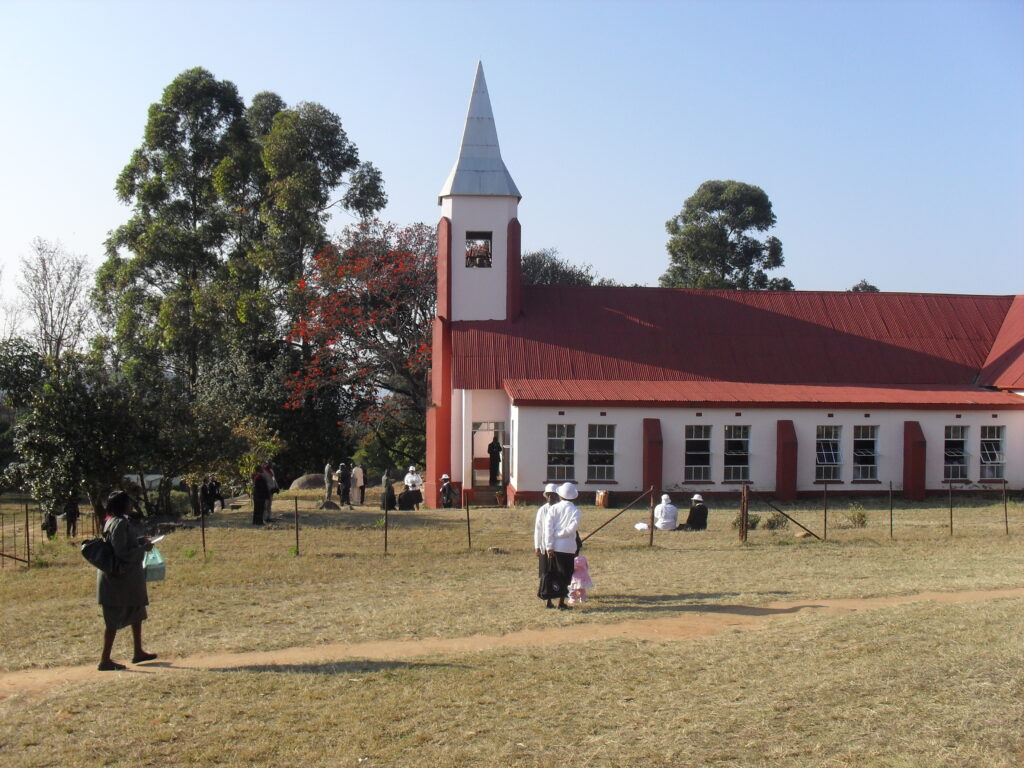 The Morgenster church building on a Sunday morning

Three years after the missionaries arrived, medical work began. It continued uninterrupted even after missionary staff had to leave the stations in 1978 because of the war. Today the hospitals at Gutu and Morgenster are still running and led by local and international (mostly Dutch) staff who provide relief for a range of human needs.

Apart from contributing to medical care, the church has also made significant contributions in terms of education. The first school started in 1892. It was an evening school, and outpost schools were also subsequently established. Today, the church runs 13 primary schools and 15 secondary schools, including two special schools, Margaretha Hugo School for the Visually Impaired and Henry Murray School for the Hearing Impaired. The church is also running tertiary institutions, namely the Morgenster Teachers’ College and the Reformed Church University.

Rev. Andrew Louw and his wife Cinie took on the laborious task of a first translation of the New Testament in Chikaranga, a Shona dialect. This translation was published in 1919, and they finished translating the Old Testament in 1924. Dr A. A. Louw took over this task from his father and mother in 1925, and he revised the whole Bible in Chikaranga. He also played a significant role in the integration of this translation into the Union Shona Bible, which was completed in 1950.

The first presbytery meeting of the church in Mashonaland was held in 1918, and the first synod of the Shona Reformed Church took place in 1952. Meanwhile, a school for evangelists and a school for ministers were established at Morgenster in 1925 and 1936, respectively.

However, soon after the former Rhodesia gained independence in 1980, the DRC withdrew most of its mission staff due to security concerns in the country. In 1977 all missionary work and properties in Mashonaland were transferred to the Reformed Church in Zimbabwe, which has grown into an autonomous church.

The RCZ today and its impact on society

Like the citizens of Zimbabwe, the RCZ also feels the increasingly negative effects of the political turmoil in the country. There is a severe shortage of money, and congregants cannot pay their tithes. In recent years, independent churches have grown in number, characterised by prosperous faith and strange healing practices. The challenge for the RCZ is to win the hearts of people who would become bridges of hope and convey messages of peace and nation-building to others in today’s Zimbabwe. 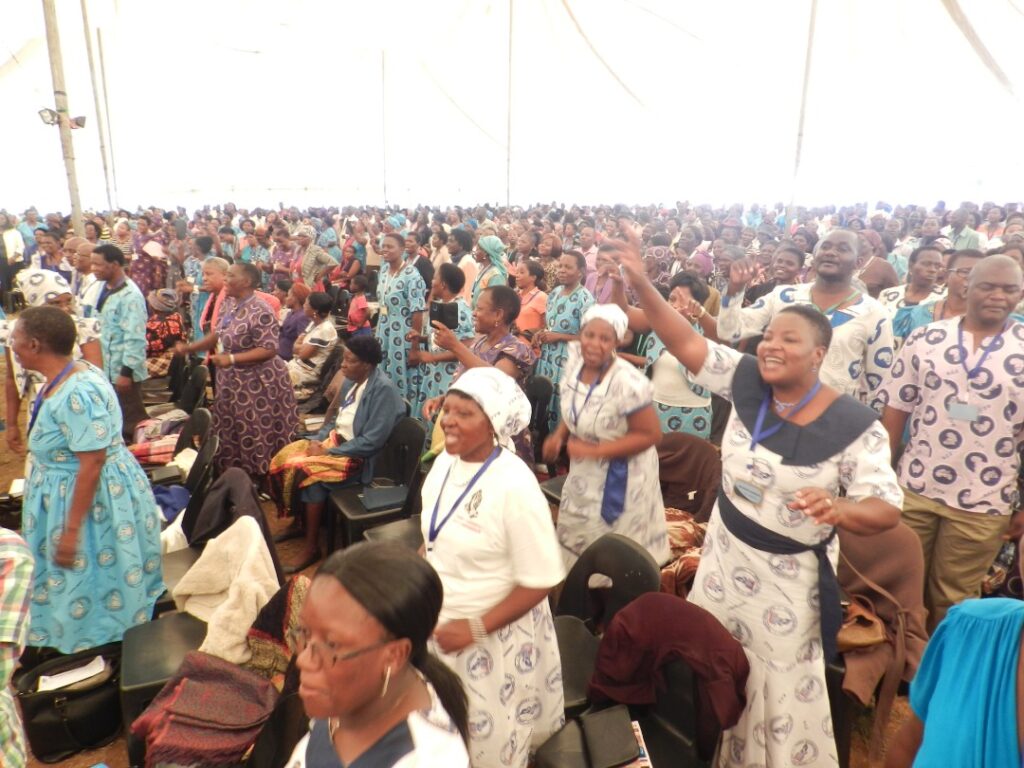 The Reformed Church in Zimbabwe (RCZ) formed Varwi VaKristu Vokunyengetera (an intercession group of the RCZ).

Today the RCZ consists of 26 presbyteries, 123 congregations, about 126 ministers (of whom eight are in synodical service), eight evangelists and seven spiritual workers. The number of church members is around 100,000, and thousands of members are involved with the men’s, women’s, and youth church associations.

A formal evangelist school, the Murray Theological College, was founded in 1925 with Rev. Henry Murray snr. as the first lecturer. During the 1930s, the first minister, Rev. Esra Shumba, was trained and admitted into the ministry. There are currently seven full-time and three part-time lecturers. Dr R. Rutoro stepped down from the principal position and handed it over to Rev. Simbarashe Munamati. He is a very capable rector, mentored by Dr Rutoro, who in turn was mentored by the late Rev. Henry Murray Jnr., his predecessor.

The church is proud of several female pastors that have served in congregations over the past ten years. Rev. N. Mubwandarikwa was the first woman to be ordained as a minister.

Due to the migration of thousands of Zimbabweans to South Africa, there are now RCZ congregations in Johannesburg, Polokwane, and Cape Town, since 6 December 2009. DRC congregations support these congregations in various ways, such as offering the use of their facilities. 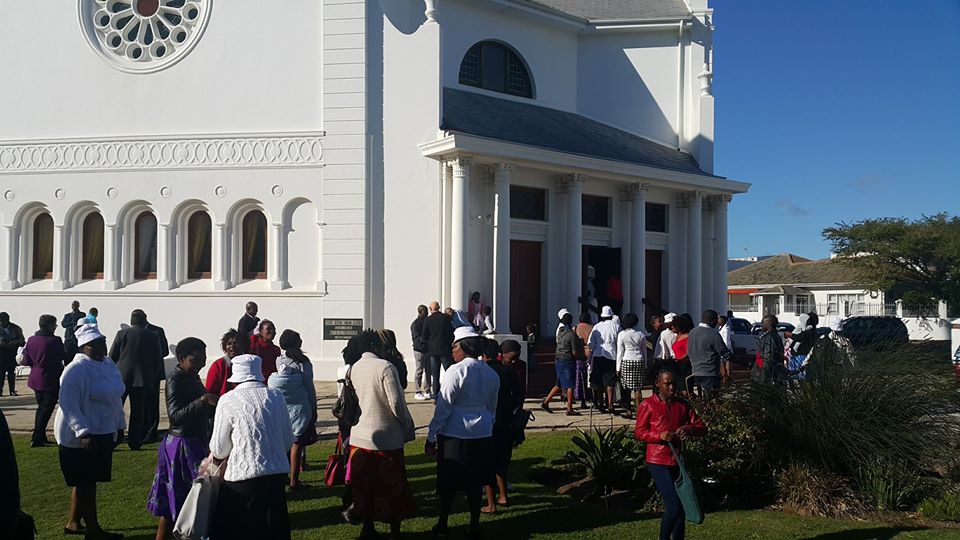 RCZ members attending a church meeting in the building of the DRC Strand.