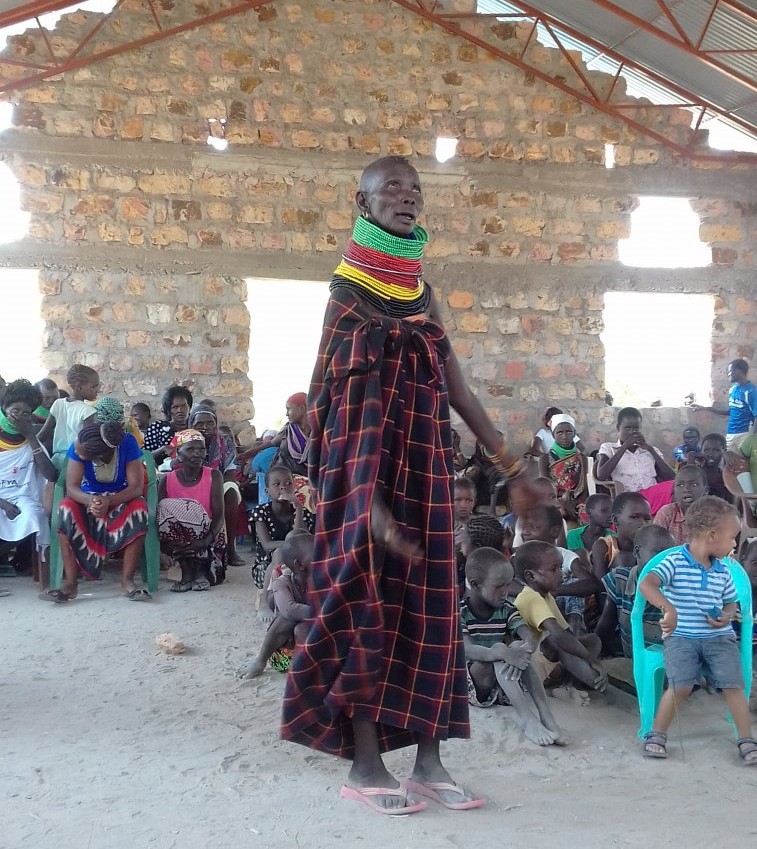 A church member giving witness in the northern part of Kenya

The Reformed Church of East Africa (RCEA) in Kenya was planted in the early years of the twentieth century by migrant farmers, originating mainly from the former Boer republics of the Transvaal and the Orange Free State. Since 1960 the RCEA partnered with the Gereformeerde Zendingsbond (the Reformed Mission League) of the Netherlands, but ties with the Dutch Reformed Church have been renewed. Today the RCEA is a vibrant, growing church, bearing the fruits of a wide range of ministries.

Kenya is one of the stronger African countries. It is part of the East African Community and has a population of about 48 million people. The country lies between the ‘Islamic Northern Africa’ and the ‘Christian Southern Africa’. The country’s official languages are English (it was formerly a British colony) and Swahili (a blend of Arabic and African languages). Kenya is positioned on the equator and has a coastline on the Indian Ocean. The country encompasses savannah, lakes, lands, the dramatic Great Rift Valley and mountain highlands. It is also home to abundant wildlife in well-known game parks such as the Maasai Mara National Reserve known for its annual wildebeest migrations and Amboseli National Park which offers views of Tanzania’s 5,895 m high Mount Kilimanjaro. The capital of Kenya is Nairobi.

Approximately 80% of the population is Christian and 15% Muslim. Despite the Christian majority, in some areas, there are violent attacks by Islamic fundamentalist organisations like al-Shabaab.

After the Anglo-Boer War of 1899 to 1902, some Boers (Afrikaner people) who did not want to live under British colonial rule migrated to Eastern Africa. Among them were several families belonging to the Reformed Churches in South Africa. From 1902 to 1914 about 1,300 people left and settled mainly around the town Eldoret in the Uasin Gishu County. Situated at a high altitude, the land was fertile and perfectly arable. There the farmers formed their own congregation that they called Vergenoeg, as it was ‘far enough’ from British rule. At that point in time, Kenya was still a German colony called German East Africa and would soon become a British colony, after the First World War. 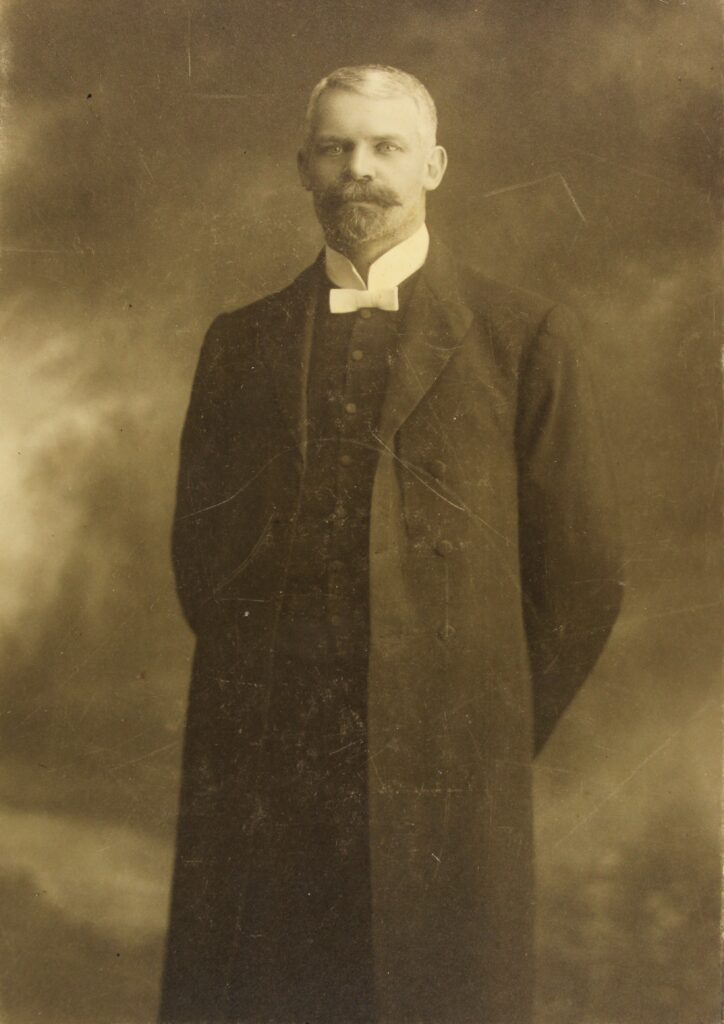 The community called Rev. M. P. Loubser as the first minister to the congregation. Farmworkers from nearby tribes were employed as workers and Rev. Loubser, together with farmers such as Messrs A. J. Mouton, J. N. Boshoff, O. A. Storm and Mrs Freda van Heerden, established a ministry among the farmworkers.

In 1944, the congregation decided to call its first full-time missionary. This was made possible by Rev. Loubser. When he passed away, he left £110 in his will specifically allocated for mission work. A school building, called Broederstroom, situated about 19 kilometres from Eldoret was bought to be used as a mission station.

On 27 October 1944 Rev. and Mrs B. B. Eybers arrived as full-time missionaries, marking the official beginning of the DRC mission action to Kenya. They made changes to the old school building and renamed it the Bwana Loubser Mission Station. Rev. Eybers, who had been a DRC missionary to Malawi for 16 years, also used a comprehensive approach to the mission work in Kenya: evangelism by preaching and teaching the Word, education (mostly focussing on what has been known in the mission as the so-called “three R’s”, namely reading, (w)riting and (a)rithmetics or counting), agricultural skills training and medical care. After mastering Swahili, Rev. Eybers also did a lot to provide Christian literature in the form of lessons from the Bible, a catechism and hymn book, and so on. Four evangelists, among whom Festo Okonyene and Paul Gudoi from the then Tanganyika, joined him in 1947 and they focused specifically on establishing schools as the first outstations of the mission. The first converts were baptised in 1947.

Rev. Eybers also started with a theological training school and, in 1956, the first three ministers could be ordained and inducted into their new mission fields: Rev. Jason Wamkhota at Bwana Loubser Mission, Rev. Jeremiah Lugumira at Eldoret and Rev. Hubert Tubango on a farm in the Kitale district. The three congregations they established were Plateau, Eldoret and Trans-Nzoia. The mission work expanded steadily.

During the early 1960s, amid the struggle for Uhuru, and especially as a result of the actions of the Mau-Mau movement, most of the South African migrant farmers left Kenya. Rev. Eybers also retired in 1960. The work was officially handed over to the Gereformeerde Zendingsbond (GZB) of the Netherlands in July 1961, about 50 years after the first mission initiatives.

Autonomy for the Reformed Church of East Africa

The GZB continued to work with enthusiasm. In July 1963 the first synod of the newly established Reformed Church of East Africa (RCEA) convened with three congregations, three ministers and about 300 members. At first, a joint committee comprised of representatives from the Synod of the RCEA and the GZB functioned as Executive Committee on behalf of the Synod of the RCEA. Since 20 November 1979, newly created structures have made the RCEA fully independent. All the church properties have been transferred to the now fully autonomous church.

The church adheres to the Creed of Athanasia, the Nicene Creed, the Canons of Dort, the Heidelberg Catechism, and also the Westminster Confession of Faith. 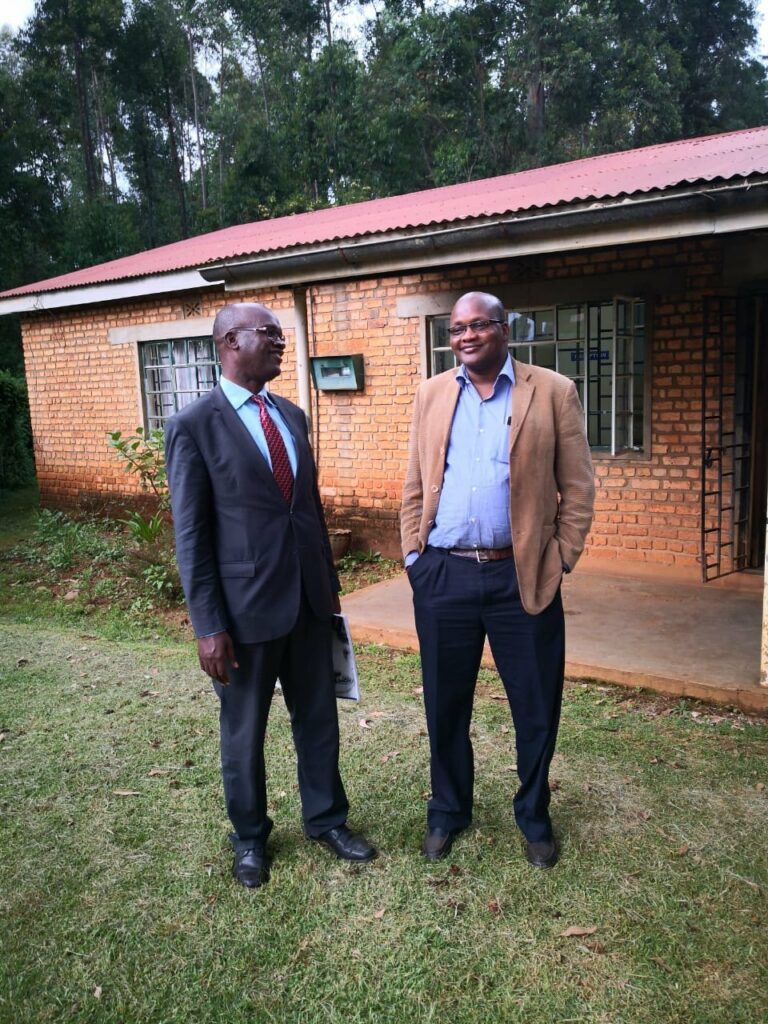 Today there are 80 parishes, each with about 15 prayer houses or village churches, ten presbyteries and about 50,000 members. The RCEA has 600 congregations with ten presbyteries that are ministered by 120 pastors and 30 evangelists. The churches are strategically located throughout the country, and schools and other resources are available. It has a well-defined structure of Synod, Presbytery, Parish and local church council which is at the community level.

The RCEA has been implementing community-based projects through its departments and church structures that benefit all communities without discrimination:

Like many other churches in the region, the RCEA also faces challenges such as leadership conflicts, staying relevant in the face of prevailing poverty, inequality, and corruption. In addition, it is challenged to ease relationships with people from other religions, such as Islam. Kenya has sharp divisions between people, and the political instability in the region also influences church life.

The church suffers from financial problems and a lack of stewardship, which has been worsened by COVID-19 restrictions. Although the church has plenty of resources, they are not always utilised properly. This is also true about human resources where leadership, both within and outside church structures, should be used to contribute to society.

Another challenge is that some students are trained at open faculties and therefore the church’s identity is not well defined. There is no proper strategy to train and maintain ministers. Elders, who often have to preach, are also not well-equipped.

Solutions would lie in constitutional clarity on the role of the different leaders and offices in the church. The Church must prevent power struggles. The Church must also work and pray for political stability. It has a prophetic role to play. The right investments and the realisation of resources would help to sustain the ministry. Of paramount importance are partnerships with other churches, institutions and especially around the training of ministers.

In 2021 the RCEA adopted a comprehensive strategic plan for 2021-2025. This plan is aimed at providing a road map for the work of the RCEA ministry in the next five years and focuses on seven strategic areas: