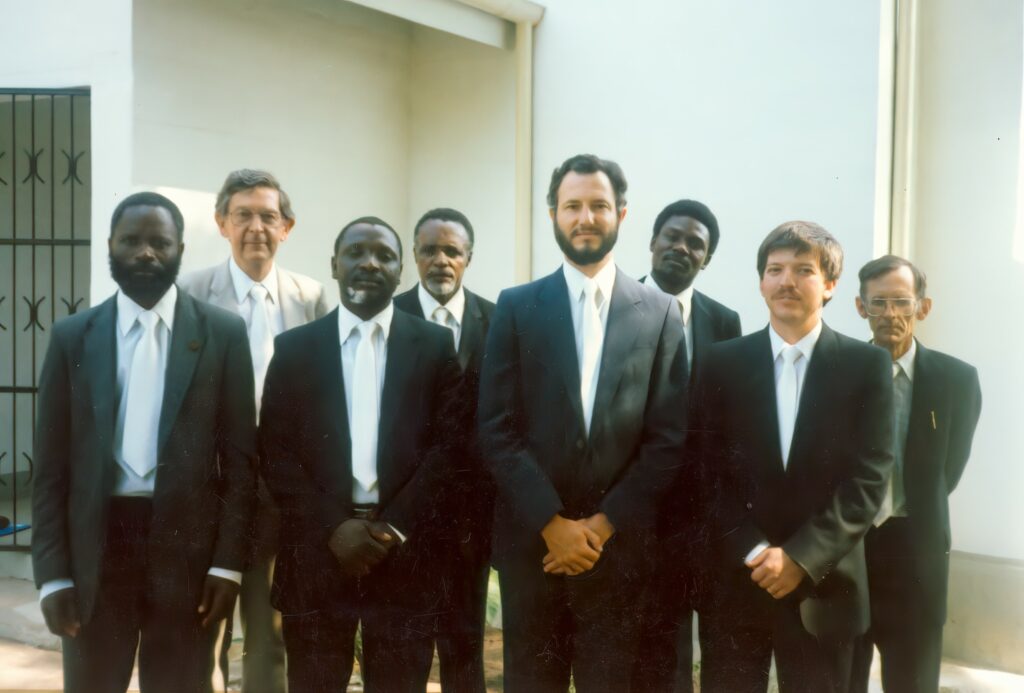 The Swaziland Reformed Church (SRC) is relatively small, yet autonomous with a distinctive care ministry.

Eswatini, formerly known as Swaziland, is one of the smallest countries in Africa. It is landlocked by Mozambique and South Africa and is an absolute monarchy under King Mswati III. Swaziland was a British protectorate until it gained its independence in 1968.

The population of about 1,2 million people are mostly ethnic Swazis, with siSwati and English as official languages of the country. Swaziland is known for its wildlife, including birdlife, to be experienced in its nature reserves. Traditional dances and ceremonies are part of Swazi culture. The capital is Mbabane, while Manzini is the principal commercial and industrial city. Quite a number of Swazi men work as migrant labourers in South Africa to be able to provide for their families. Approximately 85% of the population profess to be Christian, while about 15% adhere to traditional faiths.

The beginning of the DRC mission to Swaziland

The first congregation of the Dutch Reformed Church (DRC) was formed in 1922 in Goedgegun, the present Nhlangano. In 1944 a second congregation was formed in Bremersdorp, now Manzini. Although there were good relationships between DRC members and Swazis, the DRC showed little interest in ministering to the local population’s spiritual needs. Initial missionary outreaches to Swaziland came from the Ermelo Presbytery in 1927. It was not until 1944 that the Swaziland Sending (Swaziland Mission) was formed and the first evangelist, Efraim Khumalo was ordained at Dwaleni.

At first, the church was only concerned about spreading the gospel to the people. In 1945 the first missionary, Rev. Frikkie Malan, was called to Swaziland. Malan and Khumalo travelled across the country for months on end, preaching the gospel. Malan took medical supplies along to treat the sick. This often paved the way for them to evangelise and all over the country new converts were made, even as far away as Lomahasha on the border to Mozambique.

In 1978 a decision was made to form three congregations in Swaziland, namely Manzini, Ningizimu and Hhohho. A few years later a fourth congregation was formed in Lubombo. There was one DRC missionary assigned to each congregation of Swaziland in 1985:

At first, the churches in Swaziland fell under the regional synod of Northern Transvaal of the Dutch Reformed Church in Africa (DRCA). In 1987 it was decided that the Swaziland Church would have its own regional synod, and this happened in 1989. Two years later, during a meeting of the General Synod of the DRCA in Pretoria, the delegates from Swaziland were ordered to leave the meeting and to form an autonomous church in the family of Dutch Reformed churches. This led to the founding of the Swaziland Reformed Church (SRC).

Rev. Wessel Bester accepted a calling to Mozambique and left Swaziland on 28 November 1993; Rev. Koos Louw retired on 31 December 1993. In August 1997, Rev. Hennie Basson moved to Ghanzi in Botswana to become a minister of a congregation there, leaving only Dr Arnau van Wyngaard in Swaziland. Several Swazi people have since been trained as ministers and are working in different congregations. Lay workers and tentmakers who work part-time as spiritual leaders in the Church support themselves through other means of employment too.

In 2005 God spoke to Dr Van Wyngaard and the members of the Swaziland Reformed Church of the Shiselweni congregation and convinced them that they, who found themselves in the poorest and most vulnerable southern part of Swaziland, had to become the “hands and feet of Christ” in their communities. They thus started a home-based care project.

After training 32 people in Dwaleni, the group of volunteers (who received no salary and of whom many were HIV-positive) started reaching out to people in the community who needed care and support. A non-governmental organisation, Shiselweni Home-Based Care (SHBC), was registered in 2008 with a board of directors governing all activities of the organisation.

The Shiselweni congregation of the SRC has set up an organisation, Shiselweni Home-Based Care, to assist people in need. There are 1,500 volunteers working on the projects.

After one year the group started growing and, at present, there are 1,250 volunteers in the home-based care project, and they operate in 50 different areas, caring for more than 5,000 clients.

Apart from providing holistic (physical, social, psychological, and spiritual) care to clients in their own homes, the church also runs three Early Childhood Development (ECD) centres and does wheelchair ministry. These centres are attended by orphaned and vulnerable children and 500 children are fed daily at five different neighbourhood care points. Through the church’s wheelchair ministry, more than 800 disabled people have been issued with new wheelchairs. 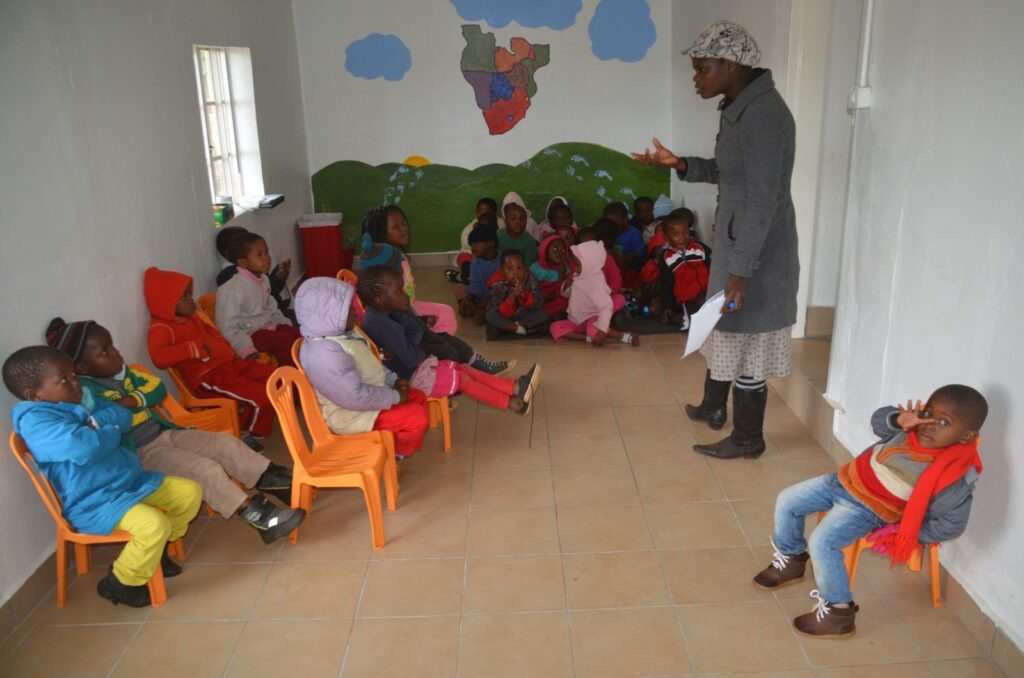 One of the most significant outcomes of the holistic approach to caring by church volunteers is the substantial decline in mortality rates of SHBC clients; the rate fell from 32.2% to 1.6% over ten years. The mortality rate of SHBC clients is 50% lower than the national average.

There are short-term plans to upgrade the ECD centres and to train more volunteers to do home-based care. Measures to prevent burnout among caregivers have been put in place and taking care of the volunteers is an imperative issue for SHBC.

Caregiver data show that approximately 120,000 visits to homes take place over the period of a year, Bible texts are shared on 35,000 occasions and clients are supported with prayers about 45,000 times. The gospel of Christ is also shared on a one-on-one basis almost 1,000 times.

Dr Van Wyngaard also played an important role in strategic planning concerning the role of the church in the broader Southern African context to combat the spread of HIV/AIDS and in caring for those affected. Internationally churches, corporates and academics are taking note of the impact of SHBC on Swaziland’s situation and in addressing the HIV/AIDS pandemic. This organisation has become an NGO of choice with which to form partnerships to help achieve its goals. Several academic articles, as well as two master’s theses, have been devoted to analysing the work and impact of SHBC.

The impact of the 2015-2016 droughts due to El Niño has hit the Shiselweni district of Swaziland especially hard. The larger part of the population is made up of rural subsistence farmers. No rain means no crops and no crops mean no food. Recent research indicated that around 40% of the people in rural areas do not have enough food to live a productive life. There are far-reaching consequences of food shortages, also for the special work done by SHBC; antiretroviral medication that must be taken every day by those who are HIV positive to maintain their health, cannot be taken on an empty stomach.

James 2:15-16 is very pertinent with regards to this issue: “Suppose a brother or a sister is without clothes and daily food. If one of you says to them, ‘Go in peace; keep warm and well fed,’ but does nothing about their physical needs, what good is it?”

The Swaziland Reformed Church is an independent synod within the family of Dutch Reformed churches. It has no presbyteries, and the congregations report directly to the Synod that meets annually.

There are four ordained ministers: one in each of the Manzini, Lubombo, Hhohho and Shiselweni congregations. Because each of the congregations consists of between four and six branches, the church is dependent on lay workers and tentmakers to preach and provide spiritual leadership at these branches.

The Swaziland Reformed Church (SRC) has about 1,600 members, including children.